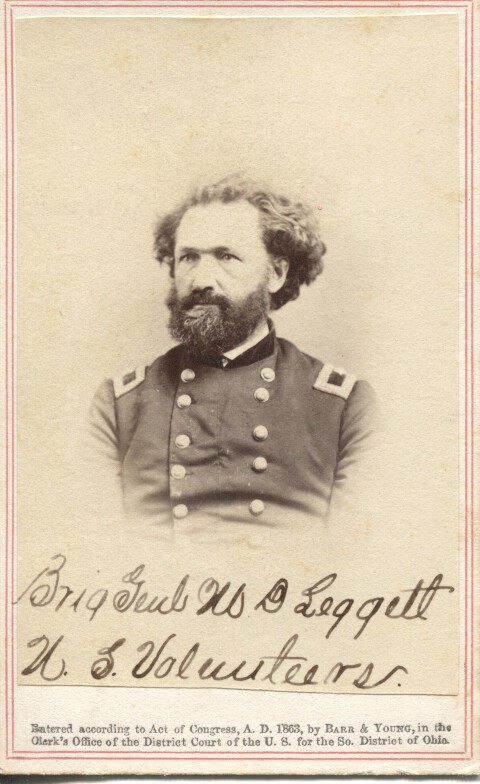 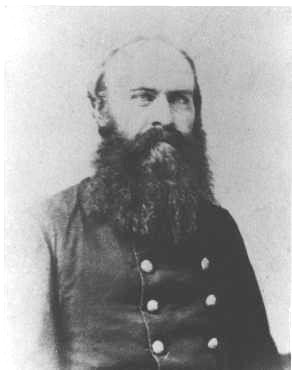 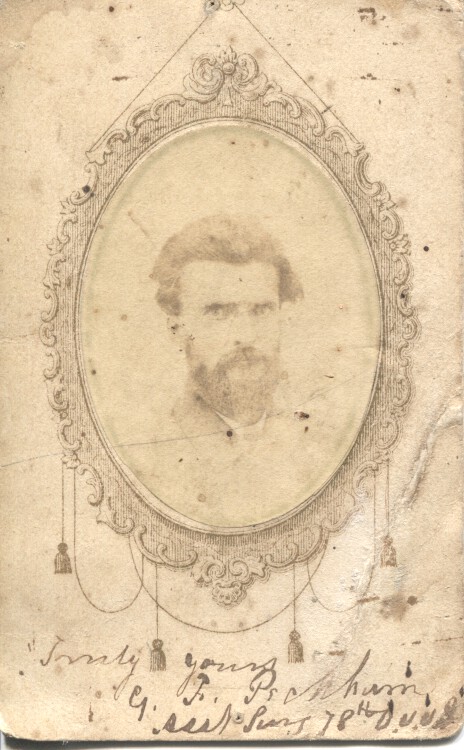 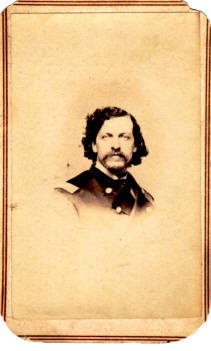 Photos of Regimental Officers (l to r):  Mortimer D. Leggett, superintendent of the public schools in Zanesville, Ohio, was authorized in 1861 by Gov. Todd to raise a regiment to fight the “Slave holders Rebellion.”  He was commissioned a lieutenant colonel for this work and later as a brigadier general (second photo) commanded the 2nd Brigade, Third Division of the 17th Army Corps, of which the 78th was a part.  He was brevetted a major general.  Likewise, Greenbury F. Wiles (3rd photo) commanded the regiment while a colonel, was promoted to 2nd Brigade command, and brevetted a brigadier general.  Lt. John Jewett (4th photo) served the regiment as its adjutant.  Assistant Surgeon George Peckham is in the fifth photo.  Finally, the last photo is of Lt. Col. Benjamin F. Hawkes, who first enlisted as a 2nd lieutenant in the 25th Ohio, was discharged for promotion in February of 1862, and then was commissioned in the the Field and Staff of the 78th.  He was then taken as a POW and exchanged at Aiken’s Landing, Va., in September 1862 and discharged from the service in October.   (Photo credits: Leggett-1, U. S. Army; Leggett-2, Personal Collection, Carl J. Denbow; Wiles, Mike D. Wiles; Jewett, civilwardata.com; and Hawkes, Matthew Anderson)

“Tramp! Tramp! Tramp!” is used by permission of
Benjamin Robert Tubb from his website at
Public Domain Music